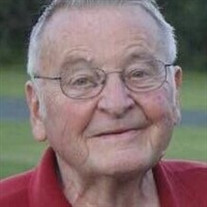 Newbury, VT-Alan Morrison, 80, of Bowen Road went to be with the Lord Jesus Christ Monday, January 13, 2020.He was born February 10, 1939 in Woonsocket, RI the son of Herman G. Morrison and Lois Margaret (Moody) Morrison. He attended schools in Woonsocket and attended Northeastern University in Boston, MA.Mr. Morrison worked on the construction of Hopkins Center at Dartmouth College and on several large construction projects in Vermont. He returned to Providence, RI where he earned a degree in industrial art-education at Rhode Island College, later teaching high school in Norton, MA for four years.On December 24, 1966, he married Carolyn Horvath in Stow, Ohio. They moved to the Upper Valley where he taught Industrial Arts at Orford High School for 10 years.In 1979 he was one of the first employees to join Copeland Manufacturing Company in East Corinth where he was a design/engineer for more than 30 years, retiring in 2009. During retirement he enjoyed traveling, gardening, and spending time with his family and dogs.Survivors include his wife, Carolyn Morrison, two sons, Eric Morrison of Waits River, VT and Kirk Morrison and his wife, Kimberly (Stockwell) Morrison of Newbury, VT, three granddaughters, Angelica, Kristin and Kori, two great-grandsons, Duncan and Connor, four nieces, two nephews and cousins. He was predeceased by three brothers, Richard Morrison, Burton B. Morrison and H. George Morrison Jr.A memorial service will be held Saturday, January 25, 2020 at 11 am in the Topsham United Presbyterian Church in East Topsham, VT. Refreshments will follow in the church vestry. Donations in Mr. Morrison's memory may be made to the cancer charity of one's choice. Arrangements are by Hale Funeral Home in Bradford, VT. To plant Memorial Trees in memory of Alan Morrison, please click here to visit our Sympathy Store.

The family of Alan Morrison created this Life Tributes page to make it easy to share your memories.

Send flowers to the Morrison family.