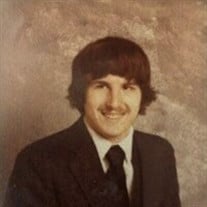 Orford, NH Anthony (Tony) Zane Patterson 58, of Orford, well known and loved storekeeper and area community member died of COVID-19 on January 5th, 2022 at Dartmouth Hitchcock Hospital in Lebanon NH. Tony was born on May 8, 1963. He was the son of Ronald F Patterson Sr. and Carol (Campbell) Porter. Tony attended Windsor, VT elementary and High school where he excelled in sports. He was a Patriots fan and held Season’s Tickets since the new Gillette Stadium was built in 2002. Tony was a coach and member of AAU and the CVL league for men’s basketball. He was also a Coach for the Lyme girls basketball team for many years, Founder of the Lyme Recreation Committee. He spearheaded the Post Pond basketball and tennis court construction. He loved fishing, poker, the Boston Red Sox and Celtics collecting sports cards and coins he would find at his store that was so dear to him. At an early age Tony began working in the Lyme Country Store alongside his Grandparents Zane and Dolly Campbell. This love of the trade led him a career as owner operator of Patterson’s Grocery and Deli in Orford, NH up until the time of his death. Tony is survived by his mother Carol Campbell Porter of Fairlee VT, brother Ronald Patterson Jr. of Orford, NH niece and nephew Jocelyn and Jacoby Patterson of Orford.NH, Kimberly Scholer of New York. Aunts Christie Campbell Adams of Fairlee VT, Julie Campbell Bell of Orford NH, cousins Lukas Bell of Charlestown, SC, Chad Peavey of Claremont NH, Ty Peavey of Enfield, NH and two close friends Steve Pushee of Lyme NH and Scott Hammond of Brownsville, VT.. He was preceded in death by his father Ronald Patterson Sr. of Windsor, VT and his grandparents, Zane and Dolly Campbell of Lyme NH. A Celebration of Life with Carol Campbell Porter officiating will be held in the spring as well as his burial in Orford, NH. To be announced at a later date in the spring. In lieu of flowers donations may be made to Rivendell Academy Athletics in Orford, NH  in memory of Tony Patterson. The family wishes to thank all the caregivers and staff  at DHMC and in particular the COVID-ICU Unit. They also wish to thank current employees, Miranda, Charlene, Kathy, Jill, Katie and Cameron.         To plant Memorial Trees in memory of Anthony (Tony) Zane Patterson, please click here to visit our Sympathy Store.

Orford, NH Anthony (Tony) Zane Patterson 58, of Orford, well known and loved storekeeper and area community member died of COVID-19 on January 5th, 2022 at Dartmouth Hitchcock Hospital in Lebanon NH. Tony was born on May 8, 1963. He was the... View Obituary & Service Information

The family of Anthony (Tony) Zane Patterson created this Life Tributes page to make it easy to share your memories.