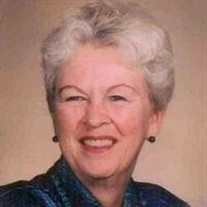 Fairlee, VT- Barbara Ellen (Lange) Smith, 82, died Thursday, November 13, 2014 at Blue Spruce Home for the Elderly in Bradford, VT. She was born in Pike, NH in her grandparent's home on February 14, 1932 the daughter of William and Rowena (Hartley) Lange. She received her schooling in Fairlee, VT and graduated from Bradford Academy in Bradford, VT in 1950. She attended Becker Junior College in Worchester, MA, receiving her degree as a Medical Secretary in 1952. She worked as a Medical Secretary at the Elliot Hospital in Keene, NH from 1952-1955, and then transferred to the Keene Clinic, where she was employed from 1955 until 1963 at which time she returned to Fairlee. She began work for the Hitchcock Clinic in Hanover, NH as a Medical Secretary in Orthopedics in December 1963. In October 1981 she transferred to the Mary Hitchcock Memorial Hospital as Secretary to the Director and Assistant Director of Personnel. In June 1988 she accepted the position of Office manager in Hospital Administration, working for the Senior Vice President of Operations. She retired in September 1993 after 30 years of service to the Medical Center, having worked in Hanover and at the new site in Lebanon. She continued to work part-time for the Human Resources/Benefits Section until 1995. Mrs. Smith was an avid knitter and also crocheted many Afghans, loved reading books, did crossword puzzles, and was a collector of Annalee Dolls and everything depicting owls. She loved walking her dog and was a sun worshipper and enjoyed her pool. She traveled to Florida in the winter to visit her son, daughter-in-Law and grandchildren and seeing the Florida sights, and to Maine in the spring and fall. She was on a committee for her class reunion in 1997 and again in 2000. She enjoyed working on her computer making special cards and labels, doing household budgets and taxes. She also did son babysitting. She is survived by her husband Russell Smith of Fairlee, VT whom she married on October 16, 1970; her son, Kevin W. Bell of Tallahassee, FL and two grandsons. She was predeceased by a son in 1961 at one day of age, her father in February 1980, a daughter, Sharon L. Bell age 17 A½ in June 1981, and her mother in October 1981 A graveside memorial service will be held on Tuesday, November 18, 2014 at 1pm in the family lot in the Fairlee Village Cemetery. There are no calling hours. In lieu of flowers donations in her memory may be made to the Fairlee Scholarship Fund, PO Box 95, Fairlee, VT 05045. The Hale Funeral Home and Cremation Care of Bradford, VT is in charge of arrangements. To view an online guestbook go to www.halefuneralhomes.com To plant Memorial Trees in memory of Barbara Ellen Smith, please click here to visit our Sympathy Store.

Fairlee, VT- Barbara Ellen (Lange) Smith, 82, died Thursday, November 13, 2014 at Blue Spruce Home for the Elderly in Bradford, VT. She was born in Pike, NH in her grandparent's home on February 14, 1932 the daughter of William and Rowena (Hartley)... View Obituary & Service Information

The family of Barbara Ellen Smith created this Life Tributes page to make it easy to share your memories.