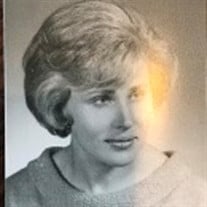 Dianne Elizabeth Sharkey, Thetford, VT. Dianne Elizabeth Sharkey died Tuesday, July 25th, 2017 at Alice Peck Day Memorial Hospital in Lebanon, NH. Born an only child in Los Angeles, CA on January 6th, 1938,Dianne Elizabeth Nichols grew up in South Central, Los Angeles amidst the sunny orange groves.Shewas a childhood survivor of polio, which required her to undergo back surgery and be in a body cast for over a year as a teenager. Undeterred, she was active in the Girl Scouts and enjoyed road trips and camping excursions throughout the West with her family. She attended Washington High School, where she excelled in her studies. Upon graduation, she enrolled at Pomona College in Claremont CA, majoring in English Literature and obtaining a Bachelor of Arts degree in 1959. Dianne then trained to become a teacher, working in the Los Angeles area andobtaining her teacher credential by taking graduate courses through UCLA. In 1961 Dianne was hired by the Department of Defense's Overseas Dependents School Systems. For eight years she was stationed inParis, France and at Lakenheath Air Force Base in England, where she taught honors English to high school children of the military. It was during these years of living, teaching, and traveling that Dianne met Arthur Sharkey, who was also teaching for the Defense Department in Greece and England. Both returned stateside in 1969 for graduate studies;Dianne in English at UVM and Art in Media Studies at Pitt. They kept in contact and visited each other and then married in 1970. Building a family then became their focus. Living in Pittsburgh, PA they had a daughter Kate in 1971 and a son Adam in 1974. They moved to Haverhill, Massachusetts in 1975.In 1978 a new adventure began for them. Dianne and Art moved to North Thetford, Vermont and became innkeepers of the Stone House Inn where they hosted interesting people from around the world for the next twenty-two years. The inn was located next to the Connecticut River, just ten miles north of Hanover, NH, home of Dartmouth College. They ran a small restaurant at the inn for the first three years, serving gourmet dinners five nights a week. Dianne was head baker, hostess and waiter. Dartmouth College's proximity provided their inn with many guests, often the parents of the students. One of the oldest recreational and sporting facilities at Dartmouth is the Ledyard Canoe Club. Dianne and Art were able to use that canoe club for an idea they came up with and called, "Canoeing Inn to Inn". It came about and within a year was featured in an article in the New York TimesSundayTravel Section. Their canoeing trip worked well for 15 years and enabled Dianne and Art to cut back on their restaurant offerings. In 2000 Dianne retired from innkeeping, transitioning to relaxation, community service, and Boston Red Sox fan support. Dianne served on the Board of Trustees of Thetford Academy as well as Latham Memorial Library. Her many creative pursuits included sewing, quilting, and knitting, playing both piano and organ, solving crosswords and puzzles, and a lifelong love of reading.She is survived by her husband, Art; her two children and their spouses: Kate (Steve), Adam (Jill); and her four grandchildren: Maura, Ryan, Justin and Ella.The Sharkey family is most grateful for the professional care Dianne received from the medical staff that she had at Dartmouth Hitchcock, Alice Peck Day, and the Thetford FAST Squad. In lieu of flowers, donations to the Latham Memorial Library would be appreciated. A short service to celebrate Dianne's life will be held on Sunday, September 3rdat 2 p.m at the Thetford Hill First Congregational Church. For planning purposes, the family would appreciate a brief note of intention to attend the service, directed [email protected]The Hale Funeral Home and Cremation Care of Bradford, VT is in charge of arrangementsTo vie an online guest book go to www.halefuneralhomes.com To plant Memorial Trees in memory of Dianne Elizabeth Sharkey, please click here to visit our Sympathy Store.

The family of Dianne Elizabeth Sharkey created this Life Tributes page to make it easy to share your memories.

Send flowers to the Sharkey family.