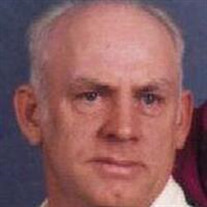 BRADFORD - Ernest, "Ernie" Covey, 73 of Bradford, died peacefully at his home on Saturday, March 8, 2014 with his loved ones at his side. Born in Bradford on May 4, 1940, he was the son of the late Ernest and Nina (Shumway) Covey. He was predeceased by his wife Marcia. He leaves behind his children, Tonja Russo and her husband John, Mark Covey, and stepson Bill Sargent and his wife Lynnelle; grandchildren Amy Claflin and husband Jamie, Dana Covey and wife Felicia, Patrick Covey and his girlfriend Naomi Severance; and Zachary, Jacob and Claire Russo; great grandchildren Hunter and Carter, Gavin, and Noah. He is also survived by numerous nieces and nephews, losing count after 50! He was predeceased by his granddaughter Alyssa and great grandson Damien. He is also survived by his siblings, Richard, Donald, Lila, Audrey, Burton, and Karel; and predeceased by brothers Merle and Lyle and sisters Shirley, Linda and Sandy. He is also survived by his companion and caregiver, Brenda Phillips who tirelessly cared for him and tended to his needs. Ernie was a jack of all trades and a master of many. As a young man he was employed by the Bradford Veneer Mill and the Rock of Ages Granite Quarry where he was seriously injured in a quarry accident, losing his left foot. Never one to let bad fortune slow him down, he provided for his family by driving oil and cement trucks. He later worked as a carpenter for several years and eventually spent many years running his own logging business. Ernie had many hobbies where he was able to use is extensive mechanic skills. As a young man he could be found every Friday night at Bear Ridge Speedway tearing up the dirt track in racing car # 9. Never one to shy away from adventure, he spent many a summer afternoon leading family and friends over hill and dale on his dune buggies (terrorizing "flatlanders"). There was not a "buggie" he couldn't fix even if it meant standing is a mud pool up to his knees. Those that had the privilege of enjoying good times with Ernie should hold on to those memories as they were some of his most fond. He especially enjoyed being outdoors. His love for the great outdoors was fueled each year as hunting season approached. Even as his health was failing him last fall, he never missed the opportunity to look through his scope, when his grandson took him hunting. Ernie was a fighter, and he lived up to his nickname Palooka which came from the fighter Joe Palooka. He fought hard battles throughout his life, but his spirit was seldom broken and he always found a way to pick himself up again. His family wishes to express their sincere gratitude to the many healthcare professionals who so devotedly cared for him over the past several years; specifically, Dr. Franklin Lynch at Dartmouth Hitchcock Medical Center and the nurses from the VNA & Hospice of VT and NH. Calling hours will be from 6-8pm Thursday evening March 13, 2014 at Hales Funeral Home, Bradford. Funeral services will be Friday, March 14, 2014 beginning at 10:00 a.m. at the Waits River Methodist Church, Waits River, VT. Burial will be at the convenience of the family later in the spring. The Hale Funeral Home and Cremation care of Bradford, VT is in charge of arrangements. To plant Memorial Trees in memory of Ernest E. Covey, please click here to visit our Sympathy Store.

BRADFORD - Ernest, "Ernie" Covey, 73 of Bradford, died peacefully at his home on Saturday, March 8, 2014 with his loved ones at his side. Born in Bradford on May 4, 1940, he was the son of the late Ernest and Nina (Shumway) Covey. He was predeceased... View Obituary & Service Information

The family of Ernest E. Covey created this Life Tributes page to make it easy to share your memories.

Send flowers to the Covey family.