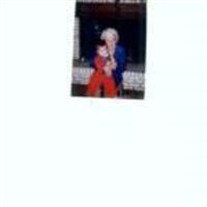 She was born November 15, 1915 in Bethel VT, the daughter of Frank and Nellie Howard. She attended schools in Bethel and graduated from Whitcomb High School. She was married to Robert Gilmond on July 10, 1935 at St. Joseph's Church in Burlington, VT. Following their marriage they made their home in Burlington. Four children were born of this marriage before Robert Gilmond Sr. died in May of 1946. Eunice and her children left Burlington and after several more moves came to Bradford. She married Cecil Lanpher in October of 1954. He predeceased her in 1995. She remained there until she was admitted to Genesis Eldercare in 2005. She spent four years at the Oasis Home in Bradford prior to going to Keene. Eunice enjoyed the simple things in life. She was the happiest when she was surrounded by her family and found no greater joy than holding babies and being around small children. She enjoyed working in her flowers, sewing, reading and doing "book work" as she called it. She was a self employed bookkeeper and her passion for her job kept her working until she was in her 80's. Prior to her becoming self employed she worked at Hill's 5 & 10, Perry's Oil Service, Green Frog Garden Center, Bradford Motors and Bradford Health Services. She is survived by three daughters, Doris Smith of Tucson AZ, Janet Humphrey and husband Howard of Keene NH and Joyce Beaudin and husband Dennis of Graniteville VT & Dolores MacDonald of E Hartford CT, a long time friend of her late son Robert Gilmond Jr who passed away in 2001. She is also survived by ten grandchildren, Diane Tiech, Lynn Marie Morris, Michael Benedict, Karen Groom, Robert Benedict, Dorene Adams, Deborah Willette, Darcy Robinson, Dennis Beaudin Jr & Douglas Beaudin and 27 great grandchildren. She was predeceased by all of her siblings, Earl Howard, Esther Merrill, Prudy Graziano, Mary Goodrich, Edith Blanchard and Ethel Hill. Funeral Service will be held at 1pm Tuesday, August 3 at Hale Funeral Home, 187 Upper Plain, Bradford, VT. The viewing will be held from 12:00 PM - 1:00 PM prior to the service. Burial will follow in the family lot at Sawyer Cemetery, Bradford, VT. Memorial contributions may be made to the American Alzheimer's Association, 300 Cornerstone Drive, Unit 120, Williston VT 05495. To plant Memorial Trees in memory of Eunice R. Lanpher, please click here to visit our Sympathy Store.

She was born November 15, 1915 in Bethel VT, the daughter of Frank and Nellie Howard. She attended schools in Bethel and graduated from Whitcomb High School. She was married to Robert Gilmond on July 10, 1935 at St. Joseph's Church in Burlington,... View Obituary & Service Information

The family of Eunice R. Lanpher created this Life Tributes page to make it easy to share your memories.

Send flowers to the Lanpher family.