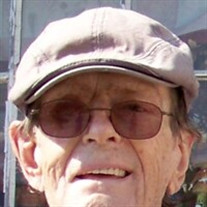 Corinth, VTGlenn W. Gaetz, 81 passed away Monday, February 12, 2018 at his home on Brook Road after several months of declining health. He was born in Leominster, MA on April 7, 1936, the youngest of 3 children born to Maurice F. and Mildred (Witt) Gaetz.While living in MA he worked for Dupont in Leominster and Warren G.V. Communications in Littleton, MA.He married Beth Surprenant of Littleton, MA on June 15, 1974 in Newbury, VT. They started their married life homesteading in Corinth, fixing up an old one-room schoolhouse and raising a few goats, pigs and Herefords. Glenn developed a business building and remodeling homes. He loved to explore and enjoyed hiking, driving through new and scenic areas, and enjoying the view from his own yard.Glenn's sense of humor and positive outlook helped him to accept whatever came his way. He was an active member of the Corinth Bible Church. He appreciated being able to serve the Lord and to grow in his faith through church activities and neighborhood Bible studies. He was looking forward expectantly to his home in heaven.Glenn was predeceased by his parents, his sister Carolyn Moorhead, his brother Charles J. Gaetz, and a brother-in-law Brian Robinson.He is survived by his wife of 43 years, seven children, Robert W. Gaetz of Littleton, MA, Lorna Gaetz of Fitchburg, MA, Marilyn Worthley and her husband Thomas of Fitchburg, Glenn K. Gaetz and his wife Joanne Chang of Vancouver, BC, Joshua C. Gaetz and his wife Shannon of Corinth, Jedidiah Gaetz and his wife Angela Aman of New Canaan, CT, and Joseph Gaetz of Philadelphia, PA, father-in-law Norman Surprenant of Newport, RI, sister-in-law and brother-in-law Frances and Paul Selkirk of N. Reading, MA, sister-in-law Ann Surprenant of Orono, ME, fourteen grandchildren, seven great-grandchildren, and several cousins, nieces and nephews.A Celebration of Glenn's life will be held on Saturday, February 24 at 1:00 pm the Corinth Bible Church in Corinth Center. A reception will follow at The Corinth Town Hall in Cookeville. Burial will be at the Corinth Center Cemetery at a later date. Funeral arrangements are by Hale Funeral Home, 187 Upper Plain, Bradford, VT.Online guestbook at www.halefuneralhomes.com. To plant Memorial Trees in memory of Glenn W. Gaetz, please click here to visit our Sympathy Store.

Corinth, VTGlenn W. Gaetz, 81 passed away Monday, February 12, 2018 at his home on Brook Road after several months of declining health. He was born in Leominster, MA on April 7, 1936, the youngest of 3 children born to Maurice F. and Mildred... View Obituary & Service Information

The family of Glenn W. Gaetz created this Life Tributes page to make it easy to share your memories.

Send flowers to the Gaetz family.