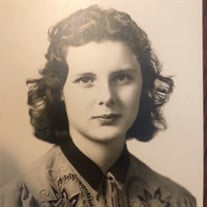 South Burlington, VTHelen Marie Chase, 94, of South Burlington, VT passed away peacefully surrounded by loved ones on Saturday, August 4, 2018 at McClure Miller VNA Respite House in Colchester, VT.She was the daughter of Lloyd and Helen (Bowen) Sweet of West Topsham, later of East Corinth, VT.Helen Marie attended Bradford Academy and graduated with the class of 1942.She married Harold Chase, of Bradford, VT in 1943 and followed him to Florida, Texas, and Burlington, VT while he served as a pilot with the USAF. After the war, they madetheir home in East Corinth. With the burning of the Bowen-Hunter Bobbin Mill in 1967, they moved to Jupiter, FL. After Harold's death, Helen Marie moved to Winooski, VT where she and Linda lived in an in-law apartment at the home of her daughter, Carole Ann Foster.She is survived by her children Carole Anne Foster of Winooski, Alan Chase and his wife, Lou, of Bradford, VT, Linda Chase of South Burlington, VT; her brother Warren Sweet and his wife, Laurette of Pinopolis, SC, her nephew Keith Sweet and his wife, Kimberly, her niece Kendra Sweet of Mt. Pleasant, SC. Seven grandchildren, nine great-grandchildren, and two great-great grandchildren.There will be a private family interment at the East Corinth New Cemetery. Friends and family are invited to gather at the Congregational Church UCC in Bradford, VT at 2:00pm on Saturday, August 18, 2018.Memorial donations may be made to the McClure-Miller VNA Respite House, 3113 Roosevelt Highway, Colchester, VT 05446.Arrangements are by Hale Funeral Homes and Cremation Care of Bradford & Thetford, VT. Online guestbook at www.halefuneralhomes.com. To plant Memorial Trees in memory of Helen Marie Chase, please click here to visit our Sympathy Store.

The family of Helen Marie Chase created this Life Tributes page to make it easy to share your memories.

Send flowers to the Chase family.