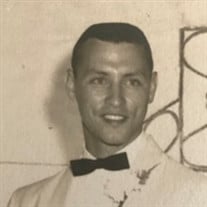 Topsham, VTHerbert Kenneth Combs, Sr (Kenny) of Topsham Corinth Road passed away unexpectedly at his home on Wednesday, October 4th, 2017. Kenny was 80 years of age and a resident of Vermont for over 10 years.Born on November 23, 1936 in Leaksville, NC, he was the son of Thomas Worth and Etta Luvada (Swaim) Combs.Kenny grew up in Portsmouth, VA and graduated from Cradock High School in 1956. He attended William and Mary College for a short period of time prior to joining the US Army in 1959.Kenny knew Sandra Lee Botts for about 4 years prior to their marriage on October 4th, 1963. They loved dancing at the Ambassadors Club in Portsmouth, VA. as well as going to the beach. He was happiest while surfing but also enjoyed strolling down the beach collecting seashells and shark teeth.Kenny served over 20 years in the US Army Reserves before retiring. He last worked at the Norfolk Naval Shipyard in Norfolk, VA as a Pipefitter and retired from there in 1989.Kenny was also an avid reader and loved to collect first edition hardback books, coffee mugs and watches. He will always be remembered as a sharp dresser even when wearing a pair of Levi jeans and a surf shop sweatshirt.Besides his parents, he is predeceased by his brother Thomas Gary Combs and sister Susie Combs Richardson.He leaves his wife Sandra L. Combs of Topsham, VT; a son Herbert Kenneth Combs, Jr of Topsham, VT; a daughter Heather Combs Daigle and Husband Jeff of Newbury, VT and four grandchildren Kasey Combs of Newark, NJ, Kendell Combs of Richmond, VA, Cameron and Zachary Daigle of Newbury, VT.A sunset service will be held on Wednesday, October 18th, 2017 on the beach by the Nags Head Fishing Pier, Nags Head, NC. All are welcome to attend and share a few words or fond memories prior to laying him to rest in the ocean of his favorite place on earth. Arrangments are by Hale Funeral Home, Bradford, VT.Online guestbook at www.halefuneralhomes.com. To plant Memorial Trees in memory of Herbert Kenneth Combs, please click here to visit our Sympathy Store.

Topsham, VTHerbert Kenneth Combs, Sr (Kenny) of Topsham Corinth Road passed away unexpectedly at his home on Wednesday, October 4th, 2017. Kenny was 80 years of age and a resident of Vermont for over 10 years.Born on November 23, 1936 in Leaksville,... View Obituary & Service Information

The family of Herbert Kenneth Combs created this Life Tributes page to make it easy to share your memories.

Send flowers to the Combs family.