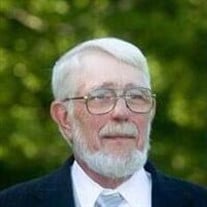 Peter Harry Leland died December 23, 2020 after a long illness.Peter was born in Framingham, MA, on July 28, 1945 to Harry R. and Martha (Rylander) Leland. He grew up in Southborough, MA., and graduated from Algonquin Regional HS in 1963. He enlisted in the U. S. Air Force soon after and was deployed to Vietnam as a member of a RED HORSE Unit. Pete attained the rank of Staff Sergeant and earned the Air Force Commendation Medal for his service.After discharge from the USAF early in 1969, Pete made his home in Newbury, VT, with his wife, Phyllis, her four children, and their baby girl, Joy. During this time Peter and his friend, David Bradshaw of Chelsea, VT, started Northwood Construction Co. This was the first of several companies Pete owned or co-owned during his career, culminating in a partnership with his son, Cooper, called Leland Construction Co., LLC, from which he retired. Pete was known as a reliable contractor who could build a quality home from the foundation to the roof.Pete was active in the Newbury community as a member of the fire department and as an early member of the Cottage Hospital Volunteer Ambulance Service. He was ready to help his friends and neighbors in any way he could. He moved to Chelsea in 1980 and married Luise Graf, with whom he had his son, Cooper, in 1985. There, Pete was a member of the Chelsea Fish and Game Club, the fire department, and the VFW, and helped create the First Branch Volunteer Ambulance Service.Pete loved his family deeply and took great pride in their accomplishments. He helped them build and improve their homes and transformed the home he shared with Sandra Titus over their many years together. In his workshop there, he built cradles for his grandchildren (Peter and Harper), restored an antique sleigh for his son Craig, and crafted many items of furniture to share. When he was not working, Pete spent time in his recliner watching the TV, following the news and his favorite shows. He liked living in the woods in Newbury Center, watching birds and wildlife and taking care of the yardmowing grass, trimming trees, and keeping everything "looking good." Most of all, he enjoyed home-cooked meals, a hot cup of coffee, and just about anything made with chocolate.Pete was also interested in Civil War history, and particularly Vermont's participation in notable battles. He visited Gettysburg and toured several battlefields, then continued to visit other Civil War sites and built a library to further his knowledge. Montana became another favorite travel destination, where he saw family members and one of his favorite places, Yellowstone National Park. One of Pete's final journeys with Sandyand with Joy as their guidewas to Washington, D. C. He had an emotional visit to "the Wall" and to Arlington National Cemetery and enjoyed museum tours and seeing the sights from the top of an open bus. Joy memorialized the trip in a book of photos called "A Vermonter in Washington" that he kept beside his bed.Pete is survived by his partner of more than thirty years, Sandra Titus of Newbury, VT.; daughter Joy (Leland) Clancy, her husband Richard, and grandson Peter Michelson, of Canaan, NH; son Cooper Leland, his wife Hannah, and granddaughter Harper, of Bradford, VT. He also leaves stepchildren Robert "Calvin" Cookman and wife Violet of Wells River, VT; Craig Cookman of Newbury, VT.; Elizabeth (Cookman) Link, her husband John, and Pete's grandchildren Frances, Ava, and Jay Graham, of Red Lodge, MT; Theresa (Titus) Rothe, her husband Frank, and son Adam of Newbury, VT; and Theron (Ted) Titus of N. Haverhill, NH. He is also survived by his brother, Carl Leland and his wife Mary of Zephyrhills, FL.; nephew Shane Leland, his wife Sarah, and family of Park City, MT.; and nephew Nicholas Leland and his wife Aliki of Houston, TX.Peter Leland was a good son, a loving father, and a loyal friend. He liked to help people without looking for anything in return. Those of us who have had Pete in our lives will hold him in a special place in our hearts and will never forget him. Arrangements are by Hale Funeral Home in Bradford, VT. To plant Memorial Trees in memory of Peter Harry Leland, please click here to visit our Sympathy Store.

Peter Harry Leland died December 23, 2020 after a long illness.Peter was born in Framingham, MA, on July 28, 1945 to Harry R. and Martha (Rylander) Leland. He grew up in Southborough, MA., and graduated from Algonquin Regional HS in 1963. He... View Obituary & Service Information

The family of Peter Harry Leland created this Life Tributes page to make it easy to share your memories.

Send flowers to the Leland family.