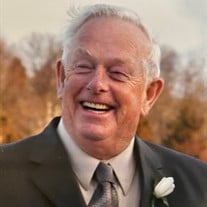 Corinth, Vermont-  Philo C. Kennedy, 90,  passed away peacefully at his home in Corinth with his loving family at his side on September 14, 2021.  Philo was born on May 6, 1931 in Woodsville, NH. He grew up in Newbury Vermont and attended East Corinth school and graduated from Bradford Academy. He was an intricate part of his basketball team at Bradford Academy and a math whiz. Till the day he died he could tell you the phone number of everyone he has had contact or did business with, without the use of technology. He had a sharp mind for numbers!After high school Philo joined the US Navy and fought in the Korean War. He was in the Navy from 1949-1953. After his tour in the navy, Philo returned home and met the love of his life, Joanne Fortunati.  For the next 40 years, Philo worked as a truck driver for various transportation companies, Haywood’s, Holdman’s and Barrup transportation. He hauled milk from farmers throughout Vermont. Picking up raw milk at the farms and then delivering milk to processing plants in Massachusetts, Connecticut and Rhode Island.  He became friends with many of the Vermont farmers he worked with. Philo was a very creative woodworker. When he retired he helped a local organization raise funds for individuals with disabilities. These wooden sunflowers can be seen throughout the Connecticut  River Valley.  He then began creating large wooden trucks, milk tankers, bulldozers and dump trucks. These are works of art. Philo was a very humble, generous and kind person. He often found ways to help those who needed some extra support. He always wanted to make sure that others had what they needed to be comfortable. Philo made his home in both Corinth, Vermont and Port Richey, Florida. He leaves behind his wife of 66 years, Joanne Fortunati, his four daughters, Karen Kennedy (Lucien Koonce) of Haydenville, MA, Cheryl Kennedy of Colorado, Sandra Furman (Frank Furman) of Newbury, VT. and Jean Kennedy (Roger Greene) of Worcester, MA. Eight grandchildren, Alethia Vitale of Dallas, TX, Kara Caesar of London, UK, Linnzi Furman of Guildhall, VT, Dylan Furman of Cornish, NH, Kelsi Furman of Juneau, Alaska, Willow George Seeley of CO, Tia Henderson of CO, and Ian Henderson of CO.  He also has six great-grandchildren: Jack and Lily Vitale of TX, Ryder and Koa Seeley of CO, Jayden Rayne of CO and Alex Swope of VT.  A sister, Sylvia Eaton of VA., and many nieces and nephews. He was predeceased by his parents: Earl Kennedy and Dorothy Cunningham, two sisters, Patricia Shepard and Gloria Fortunati and a brother Norman Kennedy.   He will be dearly missed by everyone he knew.  A Catholic Mass will be held on September 25, 2021 at 11:00am at Our Lady of Perpetual Help Church in Bradford, VT. A celebration of Philo’s life will be held immediately after the mass.  In lieu of flowers, donations can be made in his name to St. Jude’s Research Center. A favorite charity that Philo supported.   To plant Memorial Trees in memory of Philo Clifton Kennedy, please click here to visit our Sympathy Store.

Corinth, Vermont-  Philo C. Kennedy, 90,  passed away peacefully at his home in Corinth with his loving family at his side on September 14, 2021.  Philo was born on May 6, 1931 in Woodsville, NH. He grew up in Newbury Vermont and attended East... View Obituary & Service Information

The family of Philo Clifton Kennedy created this Life Tributes page to make it easy to share your memories.

Send flowers to the Kennedy family.