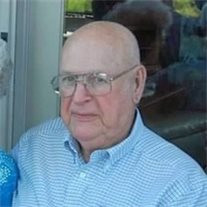 R. George Pratt Jr. The family of George Pratt is saddened to announce his death on April 4, 2022 at the Jack Byrne Center in Lebanon, NH. George was born to Ralph George Pratt and Margaret (Jenkins) Pratt on June 14, 1928. He spent his childhood years in Bradford VT and graduated from Woodrow Wilson High School in Washington DC while living with his aunt and uncle. After high school George worked with his grandfather buying and selling cattle, while also raising his own dairy cows. George married Cynthia Gibbs in 1953 and together they had 3 children. As a young man he worked first as a truck driver for Gilman Paper, later purchasing his own truck, and moving the family to Rutland, VT, making cross country trips for Rutland Fire Clay Company. When life on the road became too challenging for family life George sold his truck and worked for Bray Oil Company managing gasoline stations in Vermont and New York. When an opportunity arose, George purchased the Bradford Oil Company in 1965 and moved the family back to Bradford, VT. George and Cynthia later divorced and George continued to operate and grow his business. George later married Hazel (Davis) in 1975 and she joined him in the daily operations of Bradford Oil, also known as Northern Petroleum in the northern region. Over the next 42 years George and Hazel worked together growing the company purchasing numerous area businesses over that time. Additionally, a separate company, P&H Transportation was created which allowed George to return to his love of trucks. He also was proud to play an important part in seeing the Margaret Pratt Community become a reality. A strong and determined man, creating and running a successful business was a challenge he proudly rose to, but love of the land and cattle farming was George’s passion. He enjoyed looking out across the horizon to see the cattle grazing and created opportunities to be able to do so. Since starting retirement George never met a cocktail he didn’t like and 4:00 each day was the holy hour. All were welcomed to join him in raising a glass, especially if you had a story or a memory to share. In their later years George and Hazel sold their company and retired to Clearwater, Florida spending their summers in Vermont. George was predeceased by his father and mother and twin brothers Justin and Jarvis. George is survived by his wife, Hazel, of 46 years. His sisters, Harriet Peterson of Denver Colorado and Pam Elkowite of LaBelle, FL. His children, daughter Julie Pratt-Morgan and husband Elisha of Austin Texas, son John Pratt and wife Stacey of Bradford, VT, daughter Jody Ameden and husband Phil of Bridgton, Maine. His stepchildren, Barbara Sleeper and husband Ric of Fairlee, VT, Sharon Claflin and husband Richard of Bradford, VT, Fawn Carter and husband, Dyke of Fairlee, VT, Gene Pushee and partner Sadie Gammell of Littleton, NH Grandchildren and stepgrandchildren Jennifer, Joe, Erica, Tim, Shane, Chad, Adam, Ashley, Ariel, Lindsey, Alexis, Jill, Ryan, and Mya, 17 great grandchildren, many nieces and nephews and several close friends. There will be a graveside service at Sawyer Brook Cemetery, Bradford Vt on April 20th at 2:30. Immediately following the service there will be a celebration of life at George and Hazel’s residence. In lieu of flowers, the family requests any donations in George’s memory be sent to either Bayada Hospice, Main St, Unit EH-6, Norwich VT 05055 or Margaret Pratt Community, 210 Plateau Acres, Bradford VT 05033 .

R. George Pratt Jr. The family of George Pratt is saddened to announce his death on April 4, 2022 at the Jack Byrne Center in Lebanon, NH. George was born to Ralph George Pratt and Margaret (Jenkins) Pratt on June 14, 1928. He spent his childhood... View Obituary & Service Information

The family of R. George Pratt created this Life Tributes page to make it easy to share your memories.

Send flowers to the Pratt family.