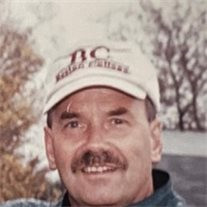 Robert (Bob) M. Thatcher of Fairlee, VT passed away peacefully at home, surrounded by his family on Thursday, January 20th, 2022 from complications of Alzheimer’s Disease.   Born in Fort Wayne, IN on October 2, 1948, his family moved to Acton, MA when he was a baby, where he would grow up and excel in Football and Baseball at Acton-Boxborough Regional High School.  A gifted and natural athlete, Bob played baseball at Lester Junior College and Miami Dade Junior college before making the jump to D1 collegiate baseball at Boston University.  After college, he took what was supposed to be a one- or two-year position as the Athletic Director and PE teacher at Orford High School in Orford, NH.  On his first day, he was informed that he was also going to be the soccer coach, a sport he knew nothing about. He fell in love with the sport and would continue to coach until his retirement.  Bob met the love of his life, his wife, Nancy, who was also a teacher at Orford High School in 1975, and they wed in 1978.  Bob continued to serve the community for nearly 50 years, where he continued as the Athletic Director, PE Teacher, Soccer Coach, Assistant Principal, Basketball Coach, Baseball Coach, Gymnastics Coach, and Basketball Official.  Bob coached the boys’ soccer team for 48 years, winning the Vermont D4 State Championship in 2017. On December 3, 2000, Bob was inducted into the New Hampshire Soccer Coaches Association Hall of Fame and was recognized for initiating a youth soccer program in Orford, NH; being named Coach of the Year and NH-VT Twin State Lion’s Cup Coach in 1990 as well as being a member of the NHIAA Soccer committee since 1994. Bob was a man of integrity and always instilled in his players the importance of good sportsmanship. He was affectionately known as Coach, Mr. T, Bobby and Bobby Cakes by friends, family and anyone whose life he touched.  A staple in the Orford and Fairlee communities, Bob was known wherever he went. When not on the field or in the gym, Bob could be found with his family that he and Nancy raised in the same house for 34 years.  Bob was the ultimate family man who never missed a sporting event, play, or event that his children Tori, Kate, Michael, and Adam took part in.  He would drop everything to be there for his family and friends.  He was a role model and mentor to many that he coached and taught, but he was larger than life to his wife, children and grandchildren.  There was nothing he wouldn’t do for his family, and he proved it every chance that he got, right up to his last breath.  He instilled his work ethic, loyalty, and great sense of humor in his children and grandchildren.  He loved his Boston sports teams, his “happy place” in York, ME, playing pranks, and being with those he cared deeply for.  Once you were in his inner circle, you were in it for life.  He would open his house to anyone in need, often times providing a place of safety and love to students and friends of his kids who were in need of a father figure, or just someone to listen to them.  He always looked forward to family vacations in Maine and filling all of the bowls in the house with candy around the holidays. Bob is predeceased by his father, Cedric L. Thatcher, mother Barbara A. Birch, and step father Warren Birch as well as father in law Richard F Hartnett. He is survived by his wife of 43 years, Nancy Hartnett Thatcher, daughter Tori Taylor and husband Doug of Acton MA; daughter Kate Thatcher of Norwich, VT; son Michael Thatcher and wife Jillian of Westford, MA; son Adam Thatcher of Fort Collins, CO; his grandchildren Zachary and Abby Taylor; Kyla, Kaelyn, and Evan Thatcher; Marlena Santaw, Jack Sprik, his brother Nathan Birch and husband John Brady III of Baltimore, MD, mother in law Donna Hartnett of Stratham , NH, sister in law and husband Lisa Harnett and Fred Pineau of Stratham , NH and brother in law and his wife Richard and Ann Hartnett of Aiken SC as well as many aunts, uncles, cousins and friends.  The family would like to thank the care team from Bayada (especially Amanda, Carmen, Nicole, Ryan, Samantha and Sherri) for the caring and compassion they showed the entire family during the last few months of our battle. In lieu of flowers, donations can be made to the Alzheimer’s Association in his honor (Alz.org) or to the Robert M. Thatcher Memorial Scholarship Fund (c/o Rivendell Academy P.O. Box 271 Orford, NH 03777). A celebration of life and services will be planned for the spring. Hale Funeral Home of Bradford is honored to be assisting the family with arrangements.   To plant Memorial Trees in memory of Robert Michael Thatcher, please click here to visit our Sympathy Store. There are no gallery images. #recaptcha-container label { display: none } Upload a Photo Label: * Image: * Gallery: Obituary Photos Required Confirmation: Upload Gallery Image

Robert (Bob) M. Thatcher of Fairlee, VT passed away peacefully at home, surrounded by his family on Thursday, January 20th, 2022 from complications of Alzheimer&#8217;s Disease.   Born in Fort Wayne, IN on October 2, 1948, his family moved to... View Obituary & Service Information

The family of Robert Michael Thatcher created this Life Tributes page to make it easy to share your memories.

Send flowers to the Thatcher family.