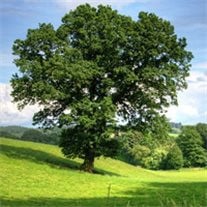 West Topsham, VTRussell K. Batten of Batten Road passed away into the loving arms of his Savior, Jesus Christ, on Wednesday, July 18, 2018 at his home surrounded by the love of his family. He wants everyone to know that he is finally home! He was 90.Born at home on October 12, 1927 in Waits River, VT, he was the son of Kenneth A. and Anabel C. (Chalmers).Russell grew up in Waits River and was a graduate of Bradford Academy. He served in the US Army and was awarded WWII Victory Medal.On October 9, 1948, he married Elin Johnson.A lifelong resident of Topsham, he retired as Postmaster at West Topsham and was a well known sheep farmer. He raised purebred sheep and took them to many shows throughout the state and New Hampshire. He won the Exhibitor of the Year in 2000 at Tunbridge Fair. He also judged sheep shows throughout the state.After Russell left the army he organized a men's baseball team. He was a Boy Scout leader, taught 4-H classes, led Bible studies, coached Little League and Babe Ruth baseball teams, and was an assistant hockey coach. He became a lay pastor in the Methodist church and an ordained minister in the Nazarene church. He preached many sermons every month in East Orange as well as in many churches throughout the state.Besides his parents, he is pre-deceased by brothers Dwight Woodcock and Gardner Batten and a sister Jeanette Tillotson.He leaves his loving wife of 70 years, Elin of the home; his sister, Louise Gilbert of Williston, VT; two sons : Mikael Batten and wife Diana of East Orange, VT and Kenneth Batten and wife Tina Marie of North Hyde Park, VT; three daughters: Judy Citro of Fort Mill, SC, Ava MacKinney and husband Steve of Fair Grove, MO, and Aleta Burns and husband Robert of Georgia, VT; 16 grandchildren, 26 great-grandchildren, as well as several nieces and nephews.A Celebration of Life Service will be held at 3:00pm Sunday, July 22 at New Hope United Methodist Church in Waits River. Rev Candace Ricker and Rev Barbara Dwyer will officiate. Burial will be at West Topsham Cemetery. There are no calling hours.Memorial donations may be made to New Hope United Methodist Church, P.O. Box 33, West Topsham, VT 05086.Arrangements are by Hale Funeral Homes and Cremation Care of Bradford & Thetford, VT. Online guestbook at www.halefuneralhomes.com. To plant Memorial Trees in memory of Russell K. BATTEN, please click here to visit our Sympathy Store.

West Topsham, VTRussell K. Batten of Batten Road passed away into the loving arms of his Savior, Jesus Christ, on Wednesday, July 18, 2018 at his home surrounded by the love of his family. He wants everyone to know that he is finally home! He... View Obituary & Service Information

The family of Russell K. BATTEN created this Life Tributes page to make it easy to share your memories.

Send flowers to the BATTEN family.