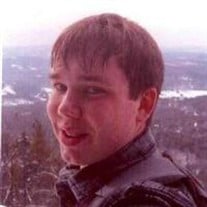 A senior at Oxbow High School, Sean was born October 3, 1996, in Lebanon, NH, the son of Gary and Bethanne (Wright) Tillotson. A school leader, honor student and member of the National Honor Society, in June Sean served as a delegate to Green Mountain Boys State, while there he lived in the Town of Stafford, Curtiss County, serving as a member of the School Board and as a Lobbyist. An outdoor enthusiast, Sean found the most enjoyment in the out-of-doors. He enjoyed biking, hiking, canoeing, camping, downhill or cross-country skiing, hunting, fishing, target shooting, playing lacrosse, football and other sports. An Eagle Scout by the age of 16, Sean is the first scout in Troop 778 to ever attain two palms a Bronze and Gold. Sean was also selected the American Legion Department of Vermont's Eagle Scout of the Year for 2013. He is a member of the Caledonia Sharp Shooters and Green Mountain Shooting Sports 4H clubs and is a National 4H Shooting Sports Ambassador. Sean competed at the 4H Shooting Sports National Invitational in 2011 as part of the Vermont national muzzleloader team that finished 4th overall at the event. In the community, Sean focused his Eagle Scout project on serving the Bradford Elementary School, volunteered his time to do trail work on Wrights Mountain, and supported the UCC Annual Game Supper and Community Christmas Dinners. His friends describe him as a positive role model, someone "who wanted to be helping people", and a "unifying force". As his friend Chris Underhill put it, "he was the kind of person you wanted to be". Sean is survived by his parents Gary and Bethanne of Bradford; a sister Sarah Tillotson of Canaan, NH; a brother Dan Tillotson of Canaan, NH; his maternal grandmother Beverly Wright of Bradford; two nieces and many aunts, uncles, cousins and many friends around the country. Sean was predeceased by his maternal grandfather Clifford Wright and his paternal grandparents Lee Tillotson and Louise Webster. A celebration of his life will be held on Friday, July 11, 2014, at 11 am on the Lacrosse field at Oxbow High School. There are no calling hours. In lieu of flowers, donations can be made to the Vermont 4-H Shooting Sports Program Fund, UVM Foundation, 411 Main Street, Burlington, VT 05401. Checks should be made payable to UVM Foundation. Hale Funeral Home and Cremation Care of Bradford is in charge of arrangements. To view and online guestbook go to www.halefuneralhomes.com To plant Memorial Trees in memory of Sean C. Tillotson, please click here to visit our Sympathy Store.

A senior at Oxbow High School, Sean was born October 3, 1996, in Lebanon, NH, the son of Gary and Bethanne (Wright) Tillotson. A school leader, honor student and member of the National Honor Society, in June Sean served as a delegate to Green... View Obituary & Service Information

The family of Sean C. Tillotson created this Life Tributes page to make it easy to share your memories.

Send flowers to the Tillotson family.