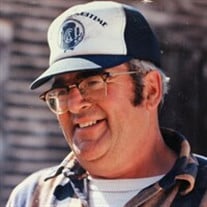 East Topsham, VT- Sidney Mead Smith died July 9, 2016 surrounded by his family at Dartmouth Hitchcock Medical Center. Sidney was born April 28, 1938 in Topsham, Vermont on the family farm. He was the son of Fred J. and Marjorie (Gilman) Smith.He is survived by his wife Mary (Frost) Smith of 55 years, three sons Steve and wife Debbie, Scott, and Fred and wife Kelly, five grandchildren Abigail, Renwick, Natalie, Kelsey and Macey, brothers Stanley and Lewis and wife Jeannie Smith, sister-in-law Babs Smith, and many nieces, nephews and cousins. He is predeceased by his brothers Edward, Alvah, Fred, Sheldon and Wayne Smith.Sidney Smith attended school in East Topsham. Sidney started Sidney Smith Trucking in 1958 when he hauled milk for 7 years and then moved into trucking and construction which still continues today. He became Road Commissioner for the Town of Topsham in 1965 and retired in 2001. He was Lister for the Town of Topsham from 1963-1966. He was Selectman for the Town of Topsham from 1974 - 2001. He was Town Service Officer for the Town of Topsham from 1991-2001. He served on the Wells River Savings Bank Board of Incorporators for 30 years. He served on the Board of Trustees for the East Corinth Valley Health Center for many years. He became a Mason in 1974.Sidney was a hard working family man with a dry sense of humor, who loved spending time with his grandchildren. He enjoyed telling stories, attending auctions, local history and driving his antique cars and tractors.Calling hours will be Saturday, July 16th from 4:00 - 6:00 p.m. at the Hale Funeral Home in Bradford, Vermont. A service will take place at the East Topsham Presbyterian Church on Sunday, July 17th at 1:00 p.m., followed by burial at the East Topsham Cemetery. In lieu of flowers, donations can be made to a charity of your choice.The Hale Funeral Homes and Cremation Care of Bradford, VT is in charge of arrangements.To view an online guestbook go to www.halefuneralhomes.com To plant Memorial Trees in memory of Sidney Mead Smith, please click here to visit our Sympathy Store.

The family of Sidney Mead Smith created this Life Tributes page to make it easy to share your memories.