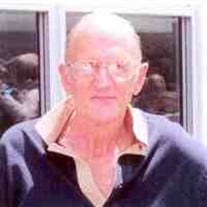 West Fairlee, VT- Thomas Wesley Eaton, 72, of Marsh Hill Road in West Fairlee died Tuesday, September 8, 2015 surrounded by his family.He was born in North Thetford, VT on November 20, 1942 the son of Russell Boyd and Elsbeth (Frazer) Eaton. He attended schools in Thetford and was a graduate of Thetford Academy and New Hampshire Technical College.He worked for Southworth Paint Shop for a while, then he and his good friend Wayne Southworth went mining in Virginia, he then returned and worked for many years for L.H. Cook then worked for Thetford Auto for years before purchasing the business.He enjoyed camping, fishing, race cars and most of all his family.He is survived by his wife Pamela , Children, Thomas, April and husband Michael, Jamie and companion, Joel, stepdaughters, Heather and Christine and her companion, Stanley; grandchildren, Sam, David, Alex, Andy, Abby, Casey, Philip and Cassandra; one great-grandson, Kamden; one sister, Emily and two brothers, Robert and Sam.He was predeceased by his first wife Donna and three brothers, Donald, Keith and Russell.A celebration of his life will be held on Saturday, September 12, 2015 from 11-2 pm in the downstairs of the North Thetford Church. There are no calling hours. Burial will be private and held at a later date.The Hale Funeral Homes and Cremation Care of Thetford Center, VT are in charge of arrangements.To view an online guestbook go to www.halefuneralhomes.com To plant Memorial Trees in memory of Thomas Wesley Eaton, please click here to visit our Sympathy Store.

The family of Thomas Wesley Eaton created this Life Tributes page to make it easy to share your memories.

Send flowers to the Eaton family.