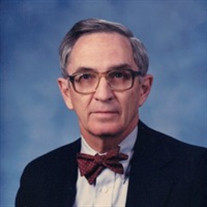 Piermont, NH- Kelly Fitzpatrick, 87, a Permanent Deacon of the Catholic Church, died peacefully on Thursday evening March 31st. He was ordained a Deacon in 1989 at the Cathedral of Mary Our Queen, in Baltimore, Maryland. Kelly first came to the Upper Valley area in 1955, when he was riding instructor at Kingswood Camp. He loved hiking in the mountains and teaching youngsters to care for the horses and to respect their surroundings while enjoying riding.Kelly was born in Washington D.C.,the son of John R. and Elizabeth Kelly Fitzpatrick, and later lived in Frederick, Maryland. He served in the U.S. Army in Germany at the end of the Second World War and traveled through the Russian Zone with an attaché case handcuffed to his arm between the U.S. Headquarters in Heidelberg, and in Berlin.As a teacher and later as a librarian, he shared his love for history with his students and with his wife and sons. He married Barbara Mersch in Washington in 1960 and together they taught at various schools in New England. Kelly became Director of the Phillips Library at Mount Saint Mary's College and Seminary in Emmitsburg, Maryland in 1972 and was then Director of Special Collections (art, archives, rare books, and antiquities) at MSMfrom 1979 thru 1994. Despite many travels, Kelly's true home has remained a camp on the lake in Piermont.He earned an undergraduate degree from the Mount in 1951; an MALS from Wesleyan University, Middletown, CT in 1958; and a Master of Library Sciencefrom theUniversity of Maine in 1971. Kellystudied Military History at the US Military Academy at West Point and was the academic instructor for ROTC cadets at MSM from 1979 thru 1994. He also studied Latin at Yale University; Media at Boston University; Education at Columbia; and Lakota Studies at Oglala Lakota College. The latter was required when Kelly and Barbara spent two and a half years working at Red Cloud Indian School in Pine Ridge, South Dakotaduring the late 1990's.Kelly evaluated/inspectedover fifty high schools and colleges for the Middle States Association and the North Central Association, as well as seminaries in Toronto, Michigan, Boulder, San Antonio, New Orleans, San Juan (PR), and Washington, D.C., for the American Theological Society. He was National President of the Catholic Library Association from 1981-1983, and served for many years as a board member. He also served on the Committee on Gifted and Talented Students in Frederick, MD in the 70s.He wrote book reviews for Library Journal', Social Studies', BEHELP', Catholic Library World', and other journals. Kellypublished "Eighteen Decades" (a history of the Mount); a History of Mt Carmel Parish; aHistory of Lebanon College; and "The Bishop Begged" (describing the European fund-raisingefforts of Bishop Richard Vincent Whelan to support the Church in America's Mission Territories during the 1850's).Kelly served on the Advisory Board of the Parrish Art Museum in Southampton, N.Y., was Treasurer of the Northern New England History Association,a Trustee of the Thurmont Public Library, and a member of the Frederick County Three Hundred Fiftieth Anniversary Committee. He coordinated the 175th Anniversary (1983) of Mount Saint Mary's College, planned the major events, and designed the new Seal of the College.As a Roman Catholic Deacon for the Archdiocese of Baltimore, Kelly was assigned to the chaplain's office at Mt St Mary's, specifically working with ecumenical groups. Since 1994, he served the diocese of Burlington, VT at Our Lady of Perpetual Help in Bradford assisting at liturgical services, and conducting baptisms, marriages,and funerals. In the Manchester, NH, diocese, he assisted St. Joseph's Parish, Woodsville, principally at the Glencliff Home and at the Dartmouth Hitchcock Medical Center.He organized and led a series of workshops in Bradford, VT,on Advanced Directives Planning (i.e. legal and ritual preparations for death),which was attended by some thirty people of different faiths. He was a trustee of Cottage Hospital for a number of years and served on the Piermont Volunteer Fire Department. As President of the Lake Armington Association in Piermont, NH, he led the group in raising over $25,000 for the purchase of lands that became part of 5,000 acres turned over to the White Mountain National Forest.As his love for the mountains and lakes continued and his desire to serve and teach, he wrote in 2008,"Service to the various communities which relate to my life gives meaning and purpose to that life."Kelly is survived by his wife of 55 years, Barbara M. of Piermont, NH; two sons Fitz, a retired Army Colonel,inCentreville, VA, and Peter, an attorney, and his wife Jessica, in Frederick, MD; an older brother John and his wife Ruth of Fairfax VA; a younger brother, Edmond and his wife Kathleen of Millersville, MD; a sister-in-law, Rose Marie Fitzpatrick of Frederick, MD; and a sister Sue Coleman and her husband Howard of King George, VA; many nieces and nephews in the Fitzpatrick and Mersch families and cousins in Toronto, Canada (where he visited frequently during his youth). He was predeceased by a younger brother, Richard, and a favorite cousin, Father Norman Fitzpatrick.Mass of Christian Burial will be held at 11 am, on Friday, April 8th at Our Lady of Perpetual Help Church, 113 Upper Plain, Bradford, VT. A wake service and visiting hours will be from 4 to 7 p.m. on Thursday evening at the church. There will be a Memorial Mass in Frederick, MD, during the following week.Donations in memory of Kelly may be made to Red Cloud Indian School,100 Mission Drive, Pine Ridge, SD 57770-2100. (www.redcloudschool.org)The Hale Funeral Homes and Cremation Care of Bradford, VT are in charge of arrangements.To view an online guestbook go to www.halefuneralhomes.com To plant Memorial Trees in memory of Thomas Kelly Fitzpatrick, please click here to visit our Sympathy Store.

Piermont, NH- Kelly Fitzpatrick, 87, a Permanent Deacon of the Catholic Church, died peacefully on Thursday evening March 31st. He was ordained a Deacon in 1989 at the Cathedral of Mary Our Queen, in Baltimore, Maryland. Kelly first came to... View Obituary & Service Information

The family of Thomas Kelly Fitzpatrick created this Life Tributes page to make it easy to share your memories.

Piermont, NH- Kelly Fitzpatrick, 87, a Permanent Deacon of the...

Send flowers to the Fitzpatrick family.