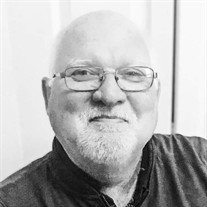 How does one capture the essence of someone's life, a life that encompassed six decades of living, in a few words on a piece of paper? William Paul Keith, Bill to his friends and family and Coach Keith to many, passed away suddenly at his home on May 18, 2022. Bill was born in Bennington VT on February 12, 1958 to Joseph Jerome and Yvonne (Martin) Keith, the fifth of six children. His family later moved to Pittsford where he grew up and was educated, graduating from Otter Valley High School in 1976. Bill was an accomplished golf and basketball athlete, participating and co-captaining in both throughout high school. He joined the US Air Force and spent four years stationed at Ramstein Air Force Base in Germany. While stationed there, his passion for basketball extended to coaching local youth teams. Bill’s love of coaching spanned his lifetime. He coached both boys and girls junior high and high school teams at several schools in Vermont and New Hampshire over the next two decades. These included Oxbow, Woodsville and Hanover High Schools. He met his wife Robin (Carter), also from Pittsford, in the summer of 1982 and they married just 6 months later. A business venture with the Interstate Batteries franchise he owned, prompted them to move to the Upper Valley, where they remained for the next forty years. In 1984 he sold the franchise and opened “Keith’s Sporting Goods” in Bradford which he and his wife ran for nearly 10 years. In 1992 after the birth of their first child, Bill closed the store and went on to work in conjunction with his younger brother Dan, as a road salesman for “Keith’s II Sports”. He remained in this position for 37 years, selling team sporting goods for various companies. Throughout these years he was an active member of the community, and stayed involved with youth and sports. He was involved in Bradford Youth Sports and was a key member in organizing the USSSA pee-wee girls softball league in this area. He coached and officiated at various levels of basketball, coached girls softball, and was also a certified umpire for little league and a USSSA umpire for men's softball leagues for many years. Bill was a commissioner and an integral part of the Men's Softball league in South Ryegate for many years and was instrumental in creating and maintaining “The Labor Day Classic '' softball tournament for years, bringing in upwards of 40 teams and family members to the area for a busy, fun-filled weekend of softball, and boosting the local economy at the same time. Bill grew up with a small local business mentality and always lived his life in service of the local community. His love of sports and his sporting goods career made him well known and well respected throughout the Upper Valley and much of New England by every coach, athletic director and player he worked with. In addition to this, Bill was a long time dirt-car race enthusiast who loved to go to Devil’s Bowl, Claremont, Fonda, Granby QB, Trois Rivieres QB, to name a few and spent many nights working alongside Chuck Frazer keeping the modified in shape for the next event. He played golf regularly with his friends and participated in multiple tournaments over the years. Bill had many friends and acquaintances but it was his family that brought him the most joy. Bill had three beautiful daughters whom he loved dearly. He was extremely proud of his wife’s and children’s accomplishments and never missed an opportunity to brag about them when he could. Bill is survived by his wife of 39 years, his daughters Brianne Keith and husband John (Jake) Trackey, Mikaela (Keith) and husband Christopher LaCombe, and Elizabeth Keith, his grandchildren Theodore LaCombe and baby LaCombe due in October. He is also survived by siblings Maureen (Keith) and husband Charles LeClair, Joseph Jerome Jr “Mike/Chico” and partner Kathy Hemple, Jon Keith and wife Monica (Davidson), Dan Keith and wife Judy (O'Rourke), multiple nieces and nephews and great-nieces and nephews and a multitude friends and acquaintances that were touched by his life. He is predeceased by parents Joe and Yvonne and brother Martin “Tubby” Keith. So how do you capture the essence of a life well lived but lost too soon? You capture it in the memories you have, the love you shared, and the moments that bring you closer together. Bill, you will be missed by many, but hopefully you are up there playing golf with Joe and Tubby and having fun! If you’re checking the obituaries today “just in case you see your name”, well here it is. We’re so blessed by the life you lived, even if that means we all must learn to find our way in a life without you. We can only hope to emulate a portion of the service and warmth you always brought to a community, and remember when we do something for someone in need, we’re making you proud. A celebration of life will be held on JUNE 12 at the Newbury common, by the Gazebo, from 1-5pm, Hale funeral home is in charge of the arrangements. Donations may be sent to your favorite charity or youth sports organization of choice.

How does one capture the essence of someone's life, a life that encompassed six decades of living, in a few words on a piece of paper? William Paul Keith, Bill to his friends and family and Coach Keith to many, passed away suddenly at his home... View Obituary & Service Information

The family of William 'Bill' Paul Keith created this Life Tributes page to make it easy to share your memories.

How does one capture the essence of someone&#39;s life, a life that...

Send flowers to the Keith family.